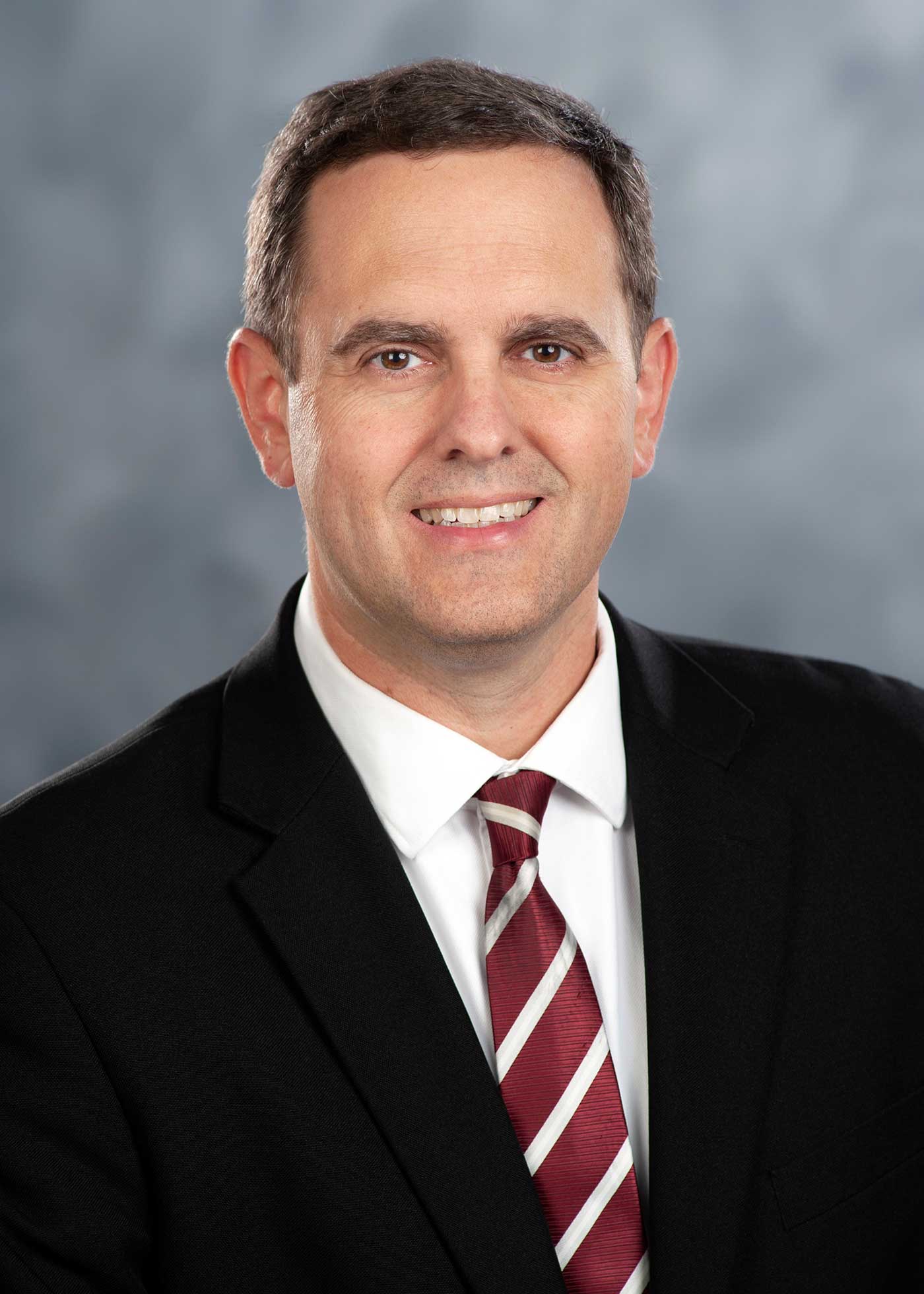 Dr. Craig Aarhus is Associate Director of Bands and Associate Professor of Music at Mississippi State University. At MSU, he co-directs the Famous Maroon Band and basketball pep bands, conducts Wind Ensemble "B," the Concert Band, and Campus Band, and teaches Conducting and Brass Techniques in the Department of Music. He also currently serves as the area coordinator for Music Education in the department. As a member of the band faculty, Dr. Aarhus has been part of a team that has helped lead the band program to unprecedented growth, making it currently one of the largest bands in the Southeast.

A native of Alabama, Dr. Aarhus received his Bachelor of Music Education degree from Auburn University and his Master of Arts and Doctor of Musical Arts degrees in Conducting from The University of Iowa.  While at Iowa, he was the recipient of the prestigious Iowa Performance Fellowship and was a conducting student of Dr. Myron Welch.  He also served as a graduate conductor for all of the concert bands, arranged music and wrote drill for the Hawkeye Marching Band, and was co-director of the Iowa Pep Band.  During this time, he was also the director of the Southeast Iowa Concert Band at Iowa Wesleyan College for one year. Prior to his appointment at MSU, Dr. Aarhus was a successful high school and middle band director in the public schools of Lanett, Tallassee, and Mobile, Alabama.

Dr. Aarhus is a member of several professional organizations including the College Band Directors National Association, Pi Kappa Lambda, Phi Mu Alpha, Tau Beta Sigma and the Mississippi Bandmasters Association. He is currently serving on the Board of Directors of the National Band Association and recently completed a ten year tenure as a Governor for the Southeast District of Kappa Kappa Psi.  He is also the Past-President of the Delta Chapter of Phi Beta Mu International Bandmasters Fraternity. Dr. Aarhus has been an adjudicator and clinician throughout the Southeast, Midwest, and in Canada, and is a contributing author to five volumes of the popular Teaching Music Through Performance in Band series.

The Southeast District of Kappa Kappa Psi recently named their "Outstanding Director/Sponsor" Award after Dr. Aarhus. Other recent honors and awards include the A. Frank Martin Award from Kappa Kappa Psi for excellence in fraternity service (2017), the Clyde Muse Service Award from the MSU College of Education (2015) and the selection to the George Duke Humphrey Faculty Leadership Program (2015). In 2010 and 2011, he was a recipient of the “StatePride” Award for excellence in teaching, research, and service. As a clinician/instructor at the Smith-Walbridge Drum Major Clinics for almost 20 years, he has had the opportunity to teach hundreds of high school and college drum majors from across the country. He and his family reside in Starkville and are members of First Presbyterian Church, where he has served as Music Director since 2007.