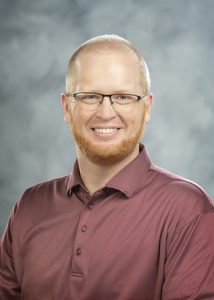 Hunter Corhern has served as the Coordinator of Band Operations since 2018.  A fourth-generation resident of Starkville, Corhern graduated from Mississippi State with a Bachelor of Music Education degree in 2007.  During his time at Mississippi State, Corhern was a President’s List scholar and inducted into the Society of Scholars.  Corhern also holds a Master of Music degree from Missouri State University in wind band conducting.  Other honors include membership in Phi Mu Alpha Sinfonia, Kappa Delta Pi, Phi Kappa Phi, and Pi Kappa Lambda.

Before returning to the Famous Maroon Band, Corhern worked as a band director and music educator at the high school, community college, and university level in Mississippi and Missouri.  In addition to his music background, Corhern is an active volunteer with the Mississippi Hugh O’Brian Youth (HOBY) Leadership program, where he currently serves as Recruitment Chair.  In 2017, Corhern was recognized as one of two Volunteers of the Year for HOBY International.