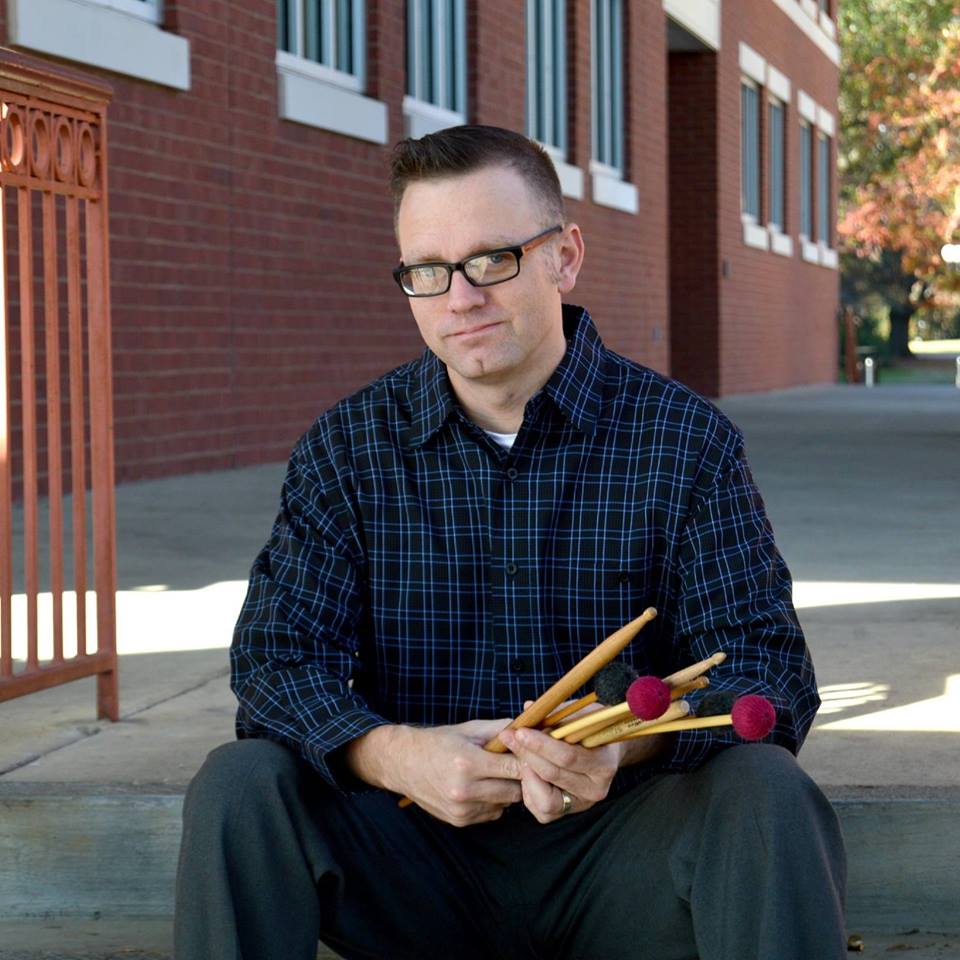 Jason Baker serves as Professor of Percussion Studies at Mississippi State University, arranger/coordinator for the MSU Drumline, and Recruiting Coordinator for the Department of Music. He holds degrees from the University of North Texas, New England Conservatory of Music, and University of Connecticut. His current performance interests focus on commissioning solo percussion music by emerging composers from the American South.

Jason has commercially released four solo albums, three etude books, and over 30 arrangements and compositions - many of which are included on solo and ensemble music lists throughout the United States. His works have been performed at the Atlanta Symphony Orchestra Snare Drum Competition, Midwest Band and Orchestra Clinic, Kaohsiung Band Festival in Taiwan, and the Percussive Arts Society International Convention.

Jason is Associate Editor of New Literature Reviews for Percussive Notes and previously served as chair of the College Pedagogy Committee and president of the Mississippi Chapter of the Percussive Arts Society. He was a performing member with the Glassmen, Boston Crusaders, and Connecticut Hurricanes Drum and Bugle Corps and later served on the instructional staff of the Boston Crusaders. Jason is proud to be an artist for the Yamaha Corporation of America, Innovative Percussion, Remo, Sabian, and Grover Pro Percussion.

Jason is an avid long-distance runner and lives in Starkville, Mississippi with his wife and two children. He received a Master of Business Administration degree from MSU, where he was inducted into the Beta Gamma Sigma honor fraternity.